The Kiwanis Youth Cabin is a continuing project of more than a half century that benefits the youth of the area. Built on a wooded, 10-acre site just west of Monroe in 1949, it is used by organized youth groups and their leaders throughout the entire year.

In 1948 Monroe Kiwanis Club voted to build a cabin on land owned by May Luchsinger and which was later purchased from her estate. The original cabin was destroyed by fire on Nov. 30, 1953, and rebuilt about a year later.
It has been intentionally kept rather simple with a refrigerator, electric stove, heating furnace, deep well water system and bunk beds its only luxuries.

Many groups using the facility opt for tents rather than the indoor comforts even during the winter. It has been a staunch policy of Kiwanis to not accept financial remuneration from any group using the facility, but many groups have done maintenance projects at the cabin to express their appreciation. (Other civic-minded individuals in the community have contributed painting, gravel, etc., for the site.)

It has been a favorite site for individuals needing a project for Girl and Boy Scout advancement projects. One of the highlights at the Cabin is the Alice Howe Nature Trail that points out the native vegetation in the area. It is named after the late Mrs. Howe, a much-admired Monroe school teacher and Girl Scout leader. 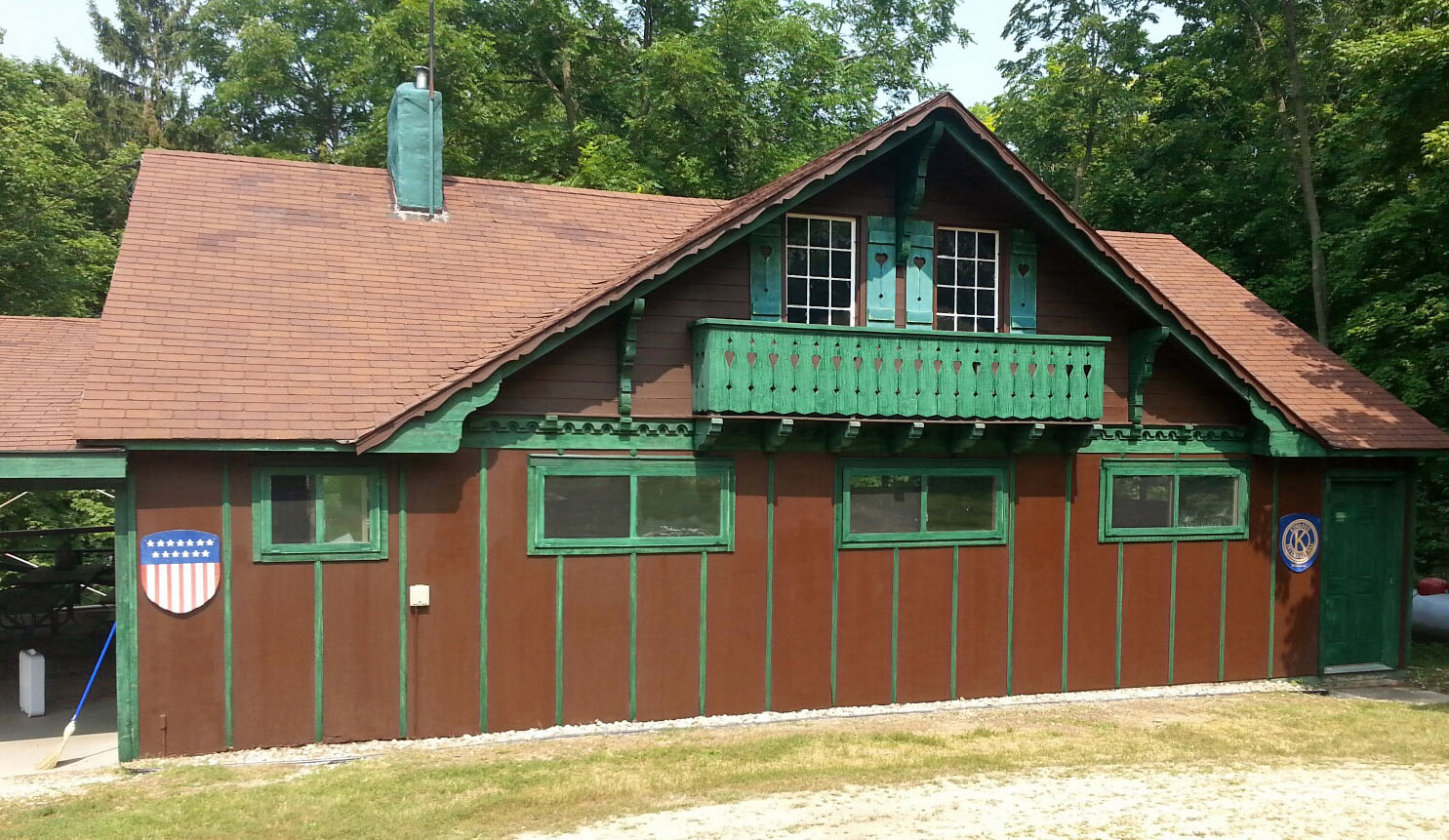 Reserve the Youth Cabin for your Event!